More than 3.6 million Australians over the age of 25 have high blood pressure or are on medication for the condition, but findings recently released by the Chiropractors’ association of Australia indicate there is a non-drug alternative that can lower abnormal blood pressure in healthy bodies by 7.8% – 13%.

According to Dr Laurie Tassell, National Spokesperson for the Chiropractors’ Association of Australia, a chiropractic pilot study involving 80 people found there is a relationship between the upper neck vertebrae and the body’s natural blood pressure control reflexes.

“With gentle chiropractic adjustment to the upper neck, blood pressure can be lowered, with good results measured for older patients in particular,” he said.

Traditionally the causes of blood pressure, according to the Australian Institute of Health and Welfare, have been linked to excess weight, alcohol consumption, physical inactivity, dietary salt intake and nutrition patterns with low intake of fruit and vegetables and a high intake of saturated fat.

Data from the 1999-2000 study of general practice activity in Australia shows that high blood pressure is the most common problem managed by general practitioners, accounting for 6% of all problems managed.

“This is where the results of our finding are significant, because chiropractic spinal adjustments may be able to reduce a patient’s blood pressure and in conjunction with visits to their local GP, the level of prescribed drugs may be significantly reduced,” said Dr Tassell.

A report by the Australian Diabetes, Obesity and Lifestyle Study found that in 1999-2000, more than 3.6million Australians over the age of 25 had high blood pressure, which equates to 31% of men and 26% of women.

Further to this the Chiropractors’ Association of Australia hope to conduct further studies to identify direct connections between joint problems and muscle  tension, and its effects on the nerve reflexes.

“The benefit of chiropractic care is that it is a drugless, painless, and surgically free approach to good health, with the goal of helping allow the body to function and repair itself,” said Dr Tassell.

A case study of a 38 year old male presented with a complaint of hypertension of 14 years duration and side effects of medication (minipress and Corgard) which included bloating sensations, depression ,fatigue and impotency. Chiropractic analysis revealed vertebral subluxation complex at levels Cervical 6-7,Thoracic 3-4,and 7-8 motion units (vertabrae).

After three visits the patient’s M.D. stopped the Minipress and reduced the Corgard. After six adjustments corgard was reduced again. All medications were stopped after seven adjustments. Medication side effects had abated as well.

After 18 months patients blood pressure remained at normal levels.
High blood pressure is something many people suffer from and yet, in most cases the cause is unknown.

Case studies showing changes in blood pressure after Chiropractic care are becoming more and more abundant. Although not a treatment for any disease Chiropractic is designed to maximize life and boost the bodies recuperative powers. Chiropractic teaches us to remove all interferences with body function (subluxation) and to seek out more natural, conservative methods before submitting to more radical (drug and surgical) approaches. Exercise, rest and emotional care, along with a healthy spine and nervous system are all vital for optimal health and well – being. Explore them all.

“While results cannot be predicted for a particular hypertensive patient, a therapeutic trial of chiropractic co-management would seem to be warranted, especially when dysfunction is identified in relevant spinal areas. Proper lifestyle advice and medical care should be concurrent with a regime of adjusting. The authors advise close monitoring of blood pressure for all chiropractic patients on anti-hypertensive medication…the combined effects of the adjustment and the medication might drive a patient’s blood pressure below normal.” From Weber M. and Masarsky C, Eds. Neurological Fitness Vol.2 No.3 April 1993.

“How frequently [do] patients report nonmusculoskeletal symptomatic improvements and [what are] the types of such reactions that patients believe to be associated with chiropractic.”

Twenty consecutive patients from 87 Swedish chiropractors answered questionnaires on return visits. A total of 1,504 questionnaires were completed and returned. Twenty-three per cent of patients reported improvement in nonmusculoskeletal symptoms, including:

The second patient was a 41 year-old woman with a blood pressure of 170/95. With cranial care it dropped to an average of 147/90. She was instructed to remove her dental plate at night and a couple of times during the day and her blood pressure dropped to 130/90.

A 38-year-old male complaining of hypertension of 14 years duration was suffering from the side effects of medication (Minipress T and Corgard T ): bloating sensations, depression, fatigue, and impotency.

After three visits, patient’s M.D. stopped the Minipress T and reduced the Corgard T After ix adjustments, Corgard T was reduced again. All medications were stopped after seven adjustments. Medication side effects had abated as well. After 18 months, patient’s blood pressure remained at normal levels.

“Systolic pressure was lowered by an average of 27mm Hg, and the diastolic pressure by an average of 13mm Hg. In several subjects, other symptoms such as low back pain, thoracic tightness, headaches, and general malaise, diminished following the adjustments. Those subjects who were not on medication showed the greatest change.”

This is the case history of a 46-year-old woman’s rapid decrease in blood pressure following 8 weeks of chiropractic care.

The authors list “organic disorders reported to be related to spinal lesions or affected by chiropractic manipulation.”

Four individuals and the effects of chiropractic adjustments on their cardiac dysfunctions as monitored by ECG are presented.

A baseline ECG was taken. A treatment plan was implemented consisting of adjustments combined with exercise and diet recommendations. At the end of the treatment period, a follow-up ECG was performed and three of the four patients showed improvement.

Both systolic and diastolic blood pressure decreased significantly in the adjusted group. No significant changes occurred in the control group.

In those with the highest pre-treatment blood pressures, the treatment effect was greatest, indicating that the effectiveness in hypertensives may be even more significant.

In this patient-blinded, assessor-blinded, placebo-controlled study, the authors state that the data “lend support to the hypothesis that chiropractic manipulation of the thoracic spine significantly reduces blood pressure in patients with elevated blood pressure.”

Both systolic and diastolic blood pressure decreased significantly in the adjusted group. Adjustments were delivered to segments T-1 to T-5 of the 21 patients in the group adjusted. No significant changes occurred in the placebo or control groups.

The management of hypertensive disease: a review of spinal manipulation and the efficacy of conservative therapeusis. Crawford JP, Hickson GS, Wiles MR. Journal of Manipulative and Physiological Therapeutics, 1986; 9:27-32

From the abstract:
Hypertension, therefore, may be regarded as a prime condition warranting specialized care that includes proper education during the formative years, modification of dietary habits in conjunction with daily exercise regiment, and regular spinal maintenance, all of which are covered by modern chiropractic clinical practice.

A statistically significant drop in both systolic and diastolic blood pressure in normotensive (normal blood pressure) subjects was found under chiropractic care.

The authors write that spinal care .. “might offer a drugless means of lowering blood pressure in essential hypertensive patients.”

The effects of upper cervical adjustment upon the normal physiology of the heart. Tran AT, Kirby JD. J Am. Chiropractic Association, 1977; 11/S: 58-62.

Upper cervical adjustments were found to have a hypotensive effect.

This is a paper describing seventy-five patients with abnormal blood pressure in a two-year study on chiropractic care.

Thirty-eight of the patients were taking or had been taking prescribed drugs for hypertension and many still had high blood pressure even on the drugs. 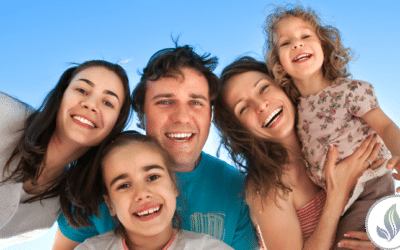